Missing the excitement of the 6 Hours of Nürburgring? Want to see it all over again?

The iconic Nürburgring circuit played host to a thrilling fourth round of the FIA World Endurance Championship, and the battles and action between the 33 cars thrilled the 58,000 fans who were present at the track over the weekend. Porsche Team’s Mark Webber, Brendon Hartley and Timo Bernhard took their first win of the season after a hotly contested, roller-coaster six hours, with Gianmaria Bruni and James Calado of Ferrari’s AF Corse team also recording their first victory of 2016 in the LMGTE class.

If you want to experience the emotions and highlights of the race all over again, there are now several ways in which you can do this as a TV viewer.

Motors TV is due to show highlights of the race throughout Europe, at a time to be confirmed, but in the meantime there are opportunities in many different countries to watch the excitement from Germany again, including on Switzerland’s SRF 2 Sportpanorama programme.

Belgium’s knowledgeable motorsport TV viewers can re-live the key moments of the race on RTBF via news edits this coming week.

Millions of Germany’s TV viewers will be able to see free to air highlights on RTL next weekend, shown during the broadcast of the German Grand Prix.  Meanwhile, Deutsche Welle will show news features focussing on the Porsche LMP1 team, and Sky Deutschland will also show news edits.

RTL 7 will show highlights later in the summer as the championship resumes overseas, while Ziggo Sport will show the 52’ highlights programme on 27 July and an 11 further times until the end of July.

While BT Sport showed the full race live, the channel will also show the full 52’ highlights programme four times in the coming week.  In addition Quest will also broadcast the official highlights on the 28 July.  Sky Sports News will broadcast news edits and one of the UK’s major free-to-air channels – Channel 4 – will continue to show WEC highlights, the German race being broadcast on 30 July. 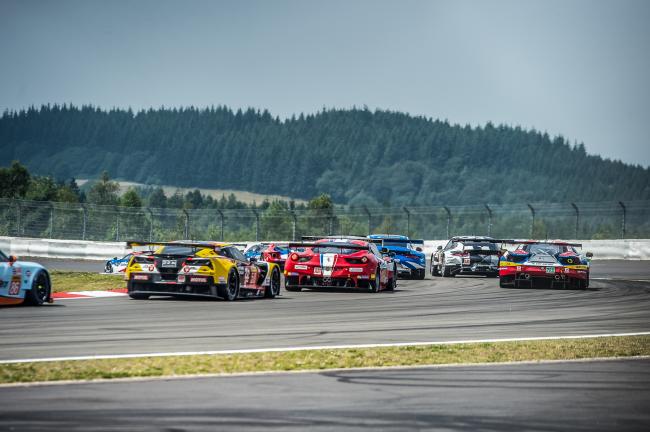 The FOX network’s increased commitment to the WEC this year included full live coverage of the race in Germany on FOX Latin America and FOX Sports 1.

BEIN SPORTSwill show highlights of the 6 Hours of Nürburgring throughout its network and region, while Super Sport will show the 52’ programme pan-Africa to 2 million homes.

Following Eurosport’s live coverage of the race across the Pan-Asian region, FOX Sports Pan Asia will broadcast the 52’ highlights, at a time to be confirmed.

J-Sports will show replays of the race no fewer than 11 times between 25 July and 19 August on both its J-Sports 1 and J-Sports 3 channels, plus BS Fuji will also take the 52’ highlights package for its 8 million homes.

LeTV is showing highlights of the race at the Nürburgring following the race, with CCTV 5 also showing news edits from 25 July on its magazine show Autotimes.

FOX Sports 5 will broadcast 3 hour highlights on 25/26/28 July plus 4 September, while free-to-air- channel SBS will show full highlights at a time to be confirmed.  In New Zealand viewers can follow the exploits of their countryman and all the other drivers on TV3 via a full highlights show on 31 July at 16h00 NZST on CRC Motorsport.

The2016 version of theFIA WEC APP will now feature replays of the race from just hours after the chequered flag for up to three weeks.  You can see all your favourite moments, including on board shots and exclusive content on the App, available from the Apple Store or Google Play Store.