The action-packed 6 Hours of Mexico by AT&T has ensured that all four classes remain close, as the FIA World Endurance Championship heads to the Circuit of the Americas for round six.

In LMP1, the No. 2 Porsche 919 Hybrid of Marc Lieb, Romain Dumas and Neel Jani continue to lead the points after their fourth-place finish in Mexico, but their closest challengers are now the No. 6 Toyota TS050 Hybrid of Mike Conway, Kamui Kobayashi and Stephane Sarrazin, who beat them to the final spot on the podium. The second win in succession for Timo Bernhard, Mark Webber and Brendon Hartley has lifted the defending champions above the no. 13 Rebellion crew into fifth, behind the No. 8 Audi in third and No. 7 Audi in fourth.

In GTE-Pro, a first win of the year gives Darren Turner a slender three point lead over Aston Martin Racing team-mates Nicki Thiim and Marco Sorensen, who completed the podium in third. However, the British team have the No. 71 Ferrari of Davide Rigon and Sam Bird in close attendance, their fourth place in Mexico putting them just four points behind Turner. Despite a difficult weekend for Ford, the championship leaders coming into the weekend, Stefan Muecke and Olivier Pla are only 13.5 points off the top spot, while the No. 51 Ferrari of Gianmaria Bruni and James Calado are only 24 points behind, despite their non-finish at Le Mans.

The ultra-consistent No. 83 AF Corse Ferrari crew continue to lead the points in GTE-Am after Emmanuel Collard, Rui Aguas and Francois Perrodo paid their fifth visit to the podium in as many rounds. However, they would have to give best in Mexico to the No. 88 Abu Dhabi-Proton Racing Porsche of Khaled Al Qubaisi, David Heinemeier-Hansson and Pat Long, which now takes over second in points from the No. 98 Aston Martin of Paul Dalla Lana, Mathias Lauda and Pedro Lamy. 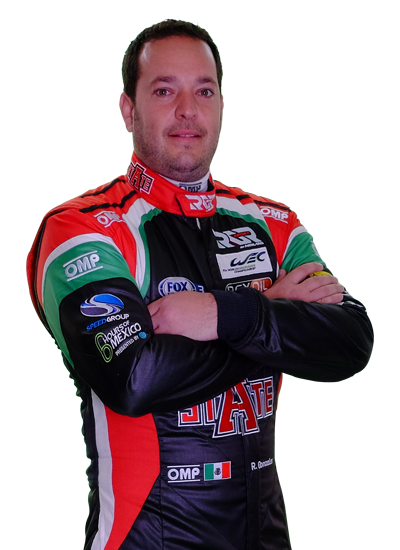