Ford’s Stefan Mucke was back home in Germany yesterday, bruised and a bit battered, but very thankful to have escaped more serious injury after his 200+ km/h accident exiting Eau Rouge during Saturday’s WEC 6 Hours of Spa Francorchamps.

“Fortunately, I only got a few bruises and got jarred very hard“, said the 34 year old, who received precautionary medical checks at a local hospital on Saturday evening.  “I feel okay and it is good to know we have a strong car. Thank you to the team for building me a safe car.”

The Berliner, who shared the cockpit of the No.66 Ford GT with Frenchman Olivier Pla and American Billy Johnson for Ford Chip Ganassi Team UK, started the last stint after an unscheduled pit stop because  a technical problem. According to the team, a suspected left rear puncture was the cause of the accident which saw Mücke hit the tyre barriers hard at Raidillon.

“The most important thing is that Stefan is okay,” said Ford Chip Ganassi Team UK Team Principal, George Howard-Chappell. “Typically, he is more concerned with the car than himself. We need to look at the data to find out what happened but at the moment we suspect it was a puncture.” 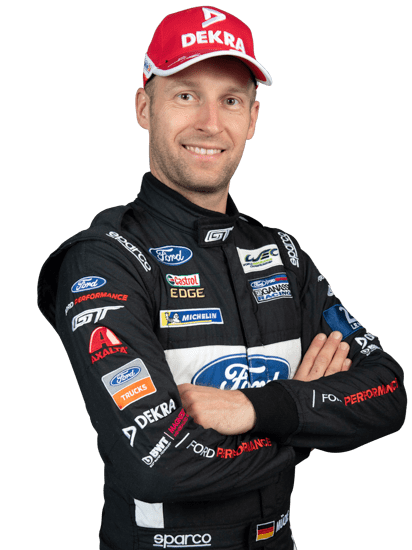